How should we react?

If you claim you are a Muslim, then you should fear Allah and be a mercy to mankind, exemplifying perfection of manner.

Islam has met opposition and insults, not just in the past few decades, but from the very beginning. For most of his prophethood, Muhammad SAW was hurled with abuse and slander. For every incident that is sensationalised in the press, there are millions of insults against Islam that go unreported. There are millions of websites disparaging and ridiculing Islam. All this is nothing new. Yet repeatedly, we fall for the bait and demonstrate the same appalling, uneducated and unacceptable behaviour in our reactions.

Let us apply our intellect. Is taking to the streets, issuing death threats and burning flags the manner in which one defends the values of mercy and humanity promoted by Prophet Muhammad SAW? Are violent demonstrations, embassy bombings and foul language the way to evidence that Islam is a mercy for all mankind? Is such behaviour consistent with the message that Islam is a religion of peace?

All these actions will generate hate. Keyboard warriors will achieve nothing by online arguments and confrontations – anger, profanity and insults will only escalate the friction and hostility on both sides.

If we claim to love the Prophet SAW, we should study his manner and how he treated his enemies. He forgave and was kind. He displayed supreme restraint against those who had injured him and killed his kin. This is the manner we should follow, instead of being enslaved by our egos and anger.

Instigating riots, destroying public property and threatening the lives of others have nothing to do with Islamic teachings. Neither the Prophet SAW nor any of his Companions advocated such offensive behaviour. Pause and reflect. Would such actions elevate the name of Islam or disgrace it?

As Muslims, we live by a constitution, and we have the best of teachers. He is Muhammad SAW, and he did everything with a certain manner. Instead of reacting like hooligans, why don’t we learn and develop good manner?

So much can be achieved if we show to the world the best of what Islam can offer. Instead of hostility, why not admit that we, as Muslims, have departed from the original teachings of Islam, and that the behaviour of many of us do not accurately reflect the beautiful message of Islam? It will dispel a lot of hatred and prejudice against Islam. It is the best way of deflecting attacks against our religion.

What if we are not the ones taking to the streets, nor the ones plastering online insults to non-Muslims? We still have an obligation – to condemn the violent and aggressive actions of our fellow Muslims, to counsel them to change their course, and to bolster the courage to stand up against their wrongdoing.

The other big mistake that we do is to spread the fitnah. When we see an offensive video clip, why do we have to email it or share it with the rest of the world? These actions only give undeserved publicity to the offensive material. When the situation escalates to violence and demonstrations, attracting international attention, the aim of the original producer to gain cheap publicity has been fulfilled. Thanks to our knee-jerk reactions, substandard publications gain international exposure instead of the obscurity they deserve.

It is our duty in Islam to stop fitnah from spreading.

Hence, if someone slanders our Prophet SAW, what do we gain by disseminating such filth? Imagine, if we just hit the “delete” key or ignore the video, the fitnah is nipped in the bud. Instead of being provoked, we have successfully side stepped the issue. In doing so, we stem the flow of hatred and rise about the provocation. Is this not a better method to frustrate the efforts of the non Muslim mischief makers?

People of Action, not Reaction …

Our tendency nowadays is to react when Islam is being insulted. Once the crisis is over, our enthusiasm dies off. Instead of waiting for the next attack or for events to spiral out of control, why don’t we become the people of action, and demonstrate the beauty of Islam through our behaviour?

It is the small acts that accumulate towards building a good impression of Islam: being clean and neat, keeping your word, behaving honestly, being a hardworking and useful member of society, behaving with honour and integrity, and making sure that our children are well behaved. If we can stand in line during congregational prayer, then surely we can observe a similar discipline when standing in a queue. If we are a religion of purity, then surely we can make our surroundings the cleanest spots in town and tidy up after ourselves, instead of leaving rubbish and litter everywhere we go. If we are the people of peace, then we can spread peace and resolve misunderstandings calmly. If all of us took care of our neighbours, Muslim and non-Muslim, imagine how much change we can make. All these actions, if performed by all of us, can break the negative stereotypes on Islam.

Wherever you are in the world, your main dialogue is your action, not your words. Check yourself often – what is the message that you are sending out?

When the earlyMuslims were following true Islamic teachings, with the right leader who feared Allah, they had the dignity and the upper hand. When Muslims make hasty decisions and behave irrationally, the whole ummah pays the price. We are all the mirrors of Islam, and it is our behaviour that matters, not the books, the pamphlets and the internet that we distribute to the non Muslims.

Today Islam is in a crisis because of our own lack of manner and wisdom. It is now time to go back to the basics and deal with people with the right manner and conduct.

We hate it when the West generalises all the Muslims for the actions of a few. Similarly, we cannot punish whole nations just because of a few individuals. It is the opposite. We forgive, we educate, and we extend solidarity.

We have lost the ability to hold dialogues like civilised human beings. The teachings are perfect but Muslims have strayed from Islamic behaviour. Today, instead of building bridges, we are burning them, generating hate and prejudice. It is time to change our approach.

If you don’t like what you have read, consult any Islamic book on the Prophet’s SAW manner and conduct and then question yourself what it is about this article that you dislike, and why.

Our continuing actions can either elevate the name of Islam, or scar the image of Islam for many generations to come. We can either keep going onto the road of collision, hate and destruction. Or we can try to be wise and learn from recent history – and revive the manner and behaviour of the true Muslim. 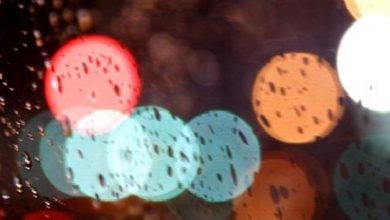