I remember a particularly low point in my life where things were not going well on all fronts – relationship wise, career wise and even health wise. It was as if one problem snowballed into the other, the weight of it getting heavier and heavier. At some points, I felt like the burden was too much to handle, and I was running out of resources and capacity to tackle the latest calamity that life flung my way. In many ways, I was feeling rather unloved, or rather, puzzling over the apparent contradiction of our Creator being ever merciful and compassionate versus why life was treating me so cruelly.

Needless to say my relationship with Allah was shaky. I remember when it started – it was a couple of Ramadans ago. I had enjoyed what I thought was a beautiful Ramadan – I had time to reflect, spend hours reading the Quran, scour books and online resources for facts on Islam. Life was good, and one day I gave a self satisfied sigh that my iman had peaked to a personal new high.

The very next day, my world turned upside down. I was caught in a tide of unexpected and uncontrollable changes, which forever changed my life. Events occurred which ripped me to the core, hurtling myself towards an emotional freefall. It was all unprecedented – no one could solve them, and those who knew what was going on were powerless to help, because what had happened was not, by law, circumstance or logic, supposed to have happened in the first place. Like some insane domino, each problem linked on to a different problem, until all aspects of life as I knew it, fell apart. The technical details are unimportant, save to say, humanly there was no feasible solution apart from a miracle.

Of course, I prayed for the circumstances to change – for things to be reinstated the way they used to be, and for life to go back to some semblance of the reality that I had grown accustomed to and been happy with. As the weeks dragged on into months, and I saw no discernible answer from up above. My hope turned into despair, and despair into resentment. I engaged in many useless mental diatribes, boiling down to – I did everything that I was supposed to do, why are You punishing me?

Thus began another freefall, this time an altogether more dangerous one. I fell from the grace of Islam. Not the typical external acts of rebellion such as alcohol and physical relationships. What happened to me was a lot more treacherous to my soul – my iman became corrupted. All through my life, in times of calamity, I had always clung on to Islam and relied on Allah to help me through, this time however, I lost my grip and began to question. I began to doubt, not the existence of Allah, but why Allah would torment His servant so.

Life marched on, and I fell into a mindless routine. I went to work, tumbled from one exotic vacation to another and blew my salary on pointless shopping escapades. I started socializing on a crazy level. All of these gave me temporary highs, without the side effects of substance abuse. It was a way of compensating the emptiness in my life, for the only thing I saw ahead of me was a brick wall. Friends were suggesting for me to go back to basics, and while on the face of it, I still clung to whatever remnants of external Muslim values I had left, I was baffled by what they meant. I thought I was fine, but did not realize that I had departed from the straight path in the most dangerous way.

Things eventually bottomed out in an enormous way. After more than a year of freefalling, I crash landed. How could it be any other way?

It was then that I realized, that with all my attempts of finding solace and comfort in Duniya, all the solutions I came across were temporary. I had nothing else left, no words of comfort from friends, no support from family, which I found helpful. Hence, it brought me back one full circle, back to the Qur’an, back to scouring books and internet resources on Islam. Back to basics.

This led to a couple of shocking revelations. Maybe to many, this is basic knowledge, but I was never taught these aspects of Islam all my life – my knowledge was limited to the halal and haram, the do’s and the don’t’s.

Allah will continuously test your faith, through calamity, loss of life or loss of wealth.

For, how can you declare yourself to be a believer, and not put your money where your mouth is? If you fall apart at the first sign of calamity, doesn’t that make a statement about the strength of your faith? Instead of rising up to the challenge, I crumbled. I felt angry and betrayed, as if the universe had conspired against me yet again, without once pausing to reflect why all these events were happening. So from a test, it became a punishment – not by any change of circumstance, but rather by my faithless reaction. I had failed this test, big time, by losing hope instead of having faith.

Allah will not give you a burden larger than what you can bear.

I had heard this many times before, but it never made sense. What I had to endure figuratively broke my back and left me crawling. While some part of me still fought on, emotionally, I just could not bear it. I had gone past breaking point. Later, in pondering this, something else became clear to me. Allah had given me a burden. Over the weeks and months, I had gone on a self destructive mission by making the burden heavier than it ought to have been. Instead of looking to Islam or even basic moral values for the solution, I indulged in my own quick fixes, which turned out to complicate the issues further and land me in even deeper despair and misery. Allah had given me an initial burden, but the extra weight I added to it, which drained the last of my emotional resilience, was self inflicted, and I had none but myself to blame. 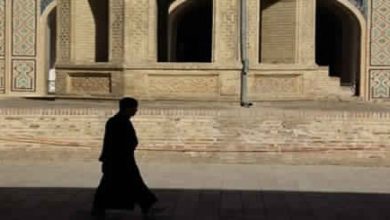 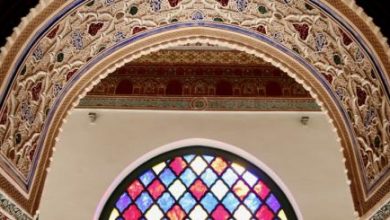 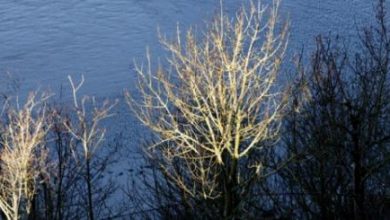