Du’a and the names of Allah

Rasulullah (SAW) mentioned that there is nothing more beloved to Allah than du’a:

‘Ubadah bin As-Samit (RA) said: The Messenger of Allah (SAW) said, “Whenever a Muslim supplicates Allah, He accepts his supplication or averts any similar kind of trouble from him until he prays for something sinful or something that may break the ties of kinship.” Upon this someone of the Companions said: “Then we shall supplicate plenty.” The Messenger of Allah (SAW) said, “Allah is more plentiful (in responding).”(At- Tirmidhi)

Why do we hurry too much, become moody or wake up angry? This is because we forget who is in control. Allah says that He has 99 names and to call Him with it, and nothing you can do in this life is more effective or powerful. Allah is bashful to leave a du’a by His slave unanswered. If we perform du’a with complete conviction and belief that Allah will hear and deliver, Allah loves it and will respond, whether in this life or in the hereafter.

Jabir (RA) narrated that the Messenger of Allah (SAW) said: “There is none who utters a supplication, except that Allah gives him what he asked, or prevents evil from him that is equal to it – as long as he does not supplicate for something evil, or the cutting of ties of the womb.” (Tirmidhi)

Whether individually or collectively, rich or poor, do we call on other than Allah and think that others can support us? We should be calling to Allah, who is the creator and controller of everything. Believing that someone other than Allah can remedy our problems only means that we harbour hidden shirk and disbelief in our hearts.

And with Him are the keys of the unseen; none knows them except Him. And He knows what is on the land and in the sea. Not a leaf falls but that He knows it. And no grain is there within the darknesses of the earth and no moist or dry [thing] but that it is [written] in a clear record. (Surat Al An’am 6:59)

Even just talking and thinking of Allah, can empower us tremendously. Allah does not just tell us to remember Him with His names, but to call Him with those names. This concept contains the start to end of worship. Allah keeps changing our circumstances and gives us the ability to call out to Him at every stage of life, and through every change. Whatever our condition, we will find that we need Allah.

The various descriptions of Allah’s attributes cover different aspects. Some describe the existence of Allah, such as the eternal (As Samad), the ever living (Al Hayy) and the omnipotent (Al Qadir). Some describe characteristics that we can identify with and call upon, such as the exceedingly compassionate (Ar Rahman), the responsive (Al Mujib), the utterly just (Al ‘Adl), and the pardoner (Al ‘Afuw). Some describe characteristics that are unique to Allah and which we, as His creation, do not possess, such as never dying, never sleeping and never getting tired.

Allah – there is no deity except Him, the Ever-Living, the Sustainer of [all] existence. Neither drowsiness overtakes Him nor sleep. (Al Baqarah 2:155)

And rely upon the Ever-Living who does not die, and exalt [Allah] with His praise. (Al Furqan 25:58)

Allah’s attributes are incomprehensible and without parallel. He doesn’t die or get ill. He is not poor. He is not deficient in any way. He does not need support but He supports all mankind. So in knowing His names, we also know our limits with Him through our own limitations.

If Allah allows anyone to seek the knowledge of Allah, this is the highest knowledge and relationship of slavery and love to Him. Now you will realize that it is futile to place your utmost and unconditional love on the ones who are going to die, leave you or deny you. Every quality of Allah will strengthen your belief in Him more and make you worship Him more.

PART 1 – A MUSLIM AND THE MUSLIM HEART

PART 2 – FINDING THE RIGHT COMPANION IN YOUR JOURNEY OF ISLAM 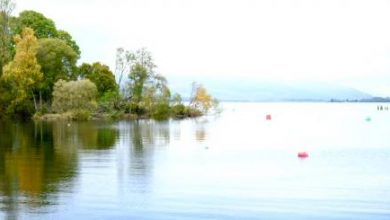 PART 3 – CHARACTERISTICS OF A MUSLIM, MUHSIN AND MU’MIN