One of the early scholars used to say that nothing is more dangerous in journey of iman as the rights of others over us. We do not live in a vacuum, but in an organic society, where each one of us has mutual rights and obligations towards one another. It is not enough for us to perform the salat and hajj, but disregard the social contract by which we are all governed. Observing the rights of others over us forms part of our journey of iman.

Our actions impact those around us, hence all Muslims and non-Muslims have basic rights over us. Even animals and the environment have certain rights over us. Every relationship that we forge – marriage, friendship, parenthood, comes with it certain codes of conduct which we must observe.

This article examines the basic rights briefly and is by no means comprehensive. However, the fundamental underlying principle is simple – if we want to have peace with Allah, we must achieve peace with the people and things around us. Nothing in this world is better than getting away from oppressing others, and to instead treat everyone with justice and kindness. This is one of the core messages of Islam, and it is quite a common sense approach to life when you think about it.

Muslims as a whole have general rights over each other. These create mutual obligations, and when we look at them, they are not at all difficult to implement, but have far reaching effects of increasing the bond of brotherhood.

As a starting point, Abu Hurairah RA reported Allah’s Messenger SAW as saying: Six are the rights of a Muslim over another Muslim. It was said to him: ‘Allah’s Messenger, what are these?’ Thereupon he said:

When you meet him, offer him greetings;
when he invites you to a feast accept it,
when he seeks your counsel, give him,
and when he sneezes and says:” All praise is due to Allah,” you say yarhamuk Allah (may Allah show mercy to you);
and when he falls ill visit him;
and when he dies follow his bier.’

Where are we today? Many of us have neglected basic etiquette. When we bump into another Muslim, even in the masjid, we ignore his rights to the greeting. If we have difficulty even to offer basic salutations, what more the rest? Our ties with each other are crumbling, and even family outings are disunited – many are more interested in communicating through their tablets and smartphones rather than with each other. We have succumbed to social conventions which have departed from Muslim values. We are in danger of becoming unfeeling and uncaring in our dealings.

The unity of our Islamic brotherhood is unravelling fast.

Loving for our Brothers what we Love for Ourselves

Anas RA relates that the Prophet SAW said: “None of you truly believes until he loves for his brother what he loves for himself.” [Bukhari and Muslim]

This hadith is brief, but it runs deep to the core of basic humanity. One’s belief is deficient unless he wishes the same for his Muslim brother as he does for himself. The practice of this hadith negates base emotions such as envy and selfishness, and encourages compassion, empathy and mercy to others and to strive for the betterment of the Islamic brotherhood as a whole. The hadith, by implication, also means that we should hate evil and misfortune befalling our Muslim brothers the same way that we should hate it falling on ourselves.

Sadly, many of us are heading the opposite direction. We relish on the misfortunes of our Muslim rivals, and are indifferent to those in need. We turn turn a blind eye to the atrocities committed on our brothers and sisters in Islam. Instead, majority of us give priority to our daily routines – the antics of our children, what’s for dinner and where we are in our latest pastimes. We may be busy, or financially and physically limited from helping, but at the very least, how about sparing a few minutes of our schedules to make du’a for the plight of our brothers and sisters? We should remind ourselves that with just one simple twist of fate, it could have been us in the shoes of those whose suffering we overlook. 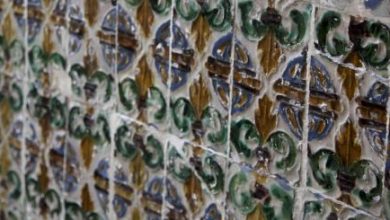