Occasionally, the Islamic ummah is provoked. A few years ago, there was a furore about the Danish cartoons depicting Muhammad SAW, and more recently the YouTube clip trailer purporting to be about the life of the Prophet SAW. The reaction of many Muslims across the globe were hostile, and this led to tragic loss of lives.

How should we react the next time this happens? Where do we draw the line?

Why would the West mock Muhammad SAW?

Whenever a non-Muslim portrays something that is offensive to Muslim values, it is likely that he did it out of ignorance and misinformation. Non-Muslims are non-Muslims fundamentally because they either do not believe in the Oneness of Allah, or they do not accept that Muhammad SAW was a Prophet.

This is a very important point. Being non-Muslims, they are not under the same compulsion to respect and honour Islam, Allah and Prophet Muhammad SAW as the rest of the Muslim population are. They are not, by their own sets of beliefs, forbidden from voicing out negative opinions on these subjects.

Now let us consider – why would anyone want to malign Islam or Prophet Muhammad SAW and the message that he spread? If anyone understood the excellent character of Muhammad SAW, they would know that such character assassination is unjustified. No reasonable person would do this.

Hence, it is likely that this was caused by their prejudice, ignorance or hostility. If so, then maybe it is time to put ourselves in their shoes, and to see what they see when they look at the state the Muslim ummah is in today.

Have we ever questioned ourselves, as Muslims, how the non-Muslims perceive us? On an international level, Islam has been long misunderstood as an intolerant and violent religion. We can, to an extent, blame that on biased press reporting by factions having their own political agenda.

However, what about the personal arena? If non-Muslims were to see our behaviour, do you think their negative view of Islam is justified?

As Muslims, we shoulder the responsibility of being Allah’s vicegerents – khalifah or representative on this earth – the embodiment of the ultimate package of good behaviour, kindness, patience and mercy. The responsibility does not just fall on the scholars, leaders and imams, it is carried by all of us, individually and collectively.

For many non-Muslims, the only glimpse they have of Islam is what they see of our behaviour. Let us admit the truth – often, the picture that we paint of Islam is a gloomy one, and sometimes, we are to blame for their negative perception of Islam.

There are numerous issues, which have led to a culture of distrust between Muslims and the West – roughly, North America and Europe.

For example, the long term impact of colonization. Muslims in these colonies were exposed to a Western education system and the influence of Christian missionaries, both of which systematically eroded the true knowledge of Islam to bare remnants.

Over the past few decades, the world has witnessed the mass migration of citizens, predominantly from the newly independent colonies located in North Africa and the Indian sub continent, to the West. In the beginning, the West opened its doors to these immigrants, many of whom happened to be Muslim. Countries such as Denmark and Switzerland, being humanitarian and neutral, tried to accommodate these immigrants in their otherwise homogenous societies. Some other countries had little choice, as immigrants from the very countries that they had previously colonized flowed through their borders through legal and illegal means. Even now, many refugees enter these countries illegally, imposing themselves and burdening the already strained economic and social infrastructure.

Yet, even after all these countries have opened their doors to the Muslims, look at how the Muslims are behaving. Instead of showing appreciation by being productive members of society and conducting themselves well, many of the Muslim refugees, who have voluntarily migrated to these environments, refuse to integrate or even assimilate with their new surroundings, and adopting what is good, like cleanliness, punctuality, being honest and keeping their word. There may be certain values of the new society that the immigrants do not agree with, but there are ways of showing objection and disassociating from such practice in a proper way. Instead, they hold on to their own bad habits that have no place, and are even offensive, to the values of their host countries. 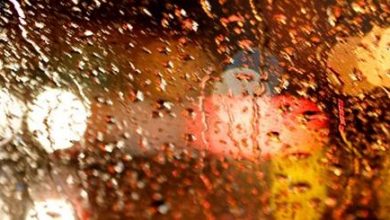