A SUGGESTION: BEGIN WITH THE MECCA VERSES

The Mecca verses are described in Part 1 of these series.

There are different methodologies in understanding the Qur’an. Some people are fortunate enough to grasp the meaning by reading it in the arrangement set out in the Qur’an, but many get disheartened because the first few chapters appear to be complex and baffling.

If your intention is to grow spiritually, and to use the wisdom contained in the Qur’an as the tool and means to enable such growth, it is suggested to read the Qur’an in the sequence it was revealed. By adopting this sequence, we follow the path of revelation, starting from the first commandment which orders us to “Read, in the name of your Lord who created you…” (96:1) and from there, we are introduced to the teachings of Islam in the same route as our beloved Prophet SAW was.

Through this approach, our spiritual development progresses in a more systematic way, for the first thirteen years of the revelation were centred around developing the core of the iman or faith. The same way that our Prophet SAW instilled the love of Allah SWT amongst the believers by the constant reminders and reinforcements of the messages contained in the Mecca verses, so too can we benefit and strengthen the foundations of our faith by employing a similar methodology.

Reading the Qur’an in the sequence it was revealed requires some extra effort and research. There are many resources which provide this information, including online resources. However, if you are unable to obtain such information, or if the research on the chronology is inconvenient, then start with any of the Mecca verses (any good translation of the Qur’an will clearly indicate whether the verse was revealed in Mecca or Madinah).

The main intention of the Mecca verses is to instill the awareness and acceptance of the existence, supremacy and oneness of God in our hearts. The readers are invited to pause, think and reflect. From the very first revelation, the focus of the Mecca verses is to give an understanding and insight to the Creator, the One who owns all that is in heaven and earth. It emphasizes the true hierarchy in the grand scheme of things and purpose of life – basically that we are all created beings, and created for the purposes of submission to the will and command of our Creator.

So important are these messages that they were relayed over and over again for 13 years. They are revealed, repeated, rephrased, emphasized, for the purpose of reminding us and instilling the belief of one God, or monotheism, in our hearts. The Mecca verses rarely impose regulations, but rather, point us repeatedly to the core of the message – that there is only one God and that we should submit to Him.

What can I expect to find in the Mecca verses?

The following are the general themes of the Mecca verses. In reading them, take your time to comprehend and reflect. The exploration of the Qur’an should not be done with haste, but rather with insight and patience. Please remember, it is not a race to the finish line, and it can take months or even years for you to digest the Mecca verses. The true value is to understand what Allah SWT is telling you, and this is more beneficial than simply skimming across the pages without obtaining any wisdom or understanding at the end of it.

You will find the following information within the Mecca verses:

• The introduction of Allah SWT as the “Rubb” or the owner of all things.

• The invitation to think and reflect on the perfection of Allah SWT’s creations, from the universe to the humble ant.

• The concept of the day of judgment, where all will be accountable for their actions in this world.

• The accounts of the Prophets and their messages, together with the reactions of their communities.

• The accounts of ordinary human beings like you and me, who achieved greatness in the eyes of Allah SWT through their devotion, courageous acts and sacrifices.

• Reminders of the basic characteristics that Muslims should adopt – for example, generosity, patience, contentment with Allah SWT’s bounties and steadfastness of belief.

• Reminders of basic characteristics that Muslims should shun – for example, arrogance, disobedience, ungratefulness and stinginess.

• Matters of the unseen, such as the day of judgment, the angels, the jinn and fate and predestination.

• Description of paradise and hellfire.

• Glad tidings as well as warnings – often these verses come hand in hand.

When reading the above, pause often and reflect. Let the meaning of it permeate into your heart and let the messages within it be reflected by your actions. The Qur’an is a living book which applies to all of mankind, so do it justice by letting its messages live within you by interacting with it.

• Get acquainted with the people mentioned inside the Qur’an, visualize if you can and transport yourself back into the ancient days, and even further back from that, to the dawn of mankind on this earth. When events are recollected, imagine that you are there witnessing the events.

• When the Qur’an mentions the passage of the sun and the moon, pause and reflect on their wondrous and perfect orbit within the vast universe.

• When the Qur’an mentions the bee and the honey that it produces, stop and ponder on the perfect systems which govern all beehives in the world.

• When the Qur’an describes paradise, imagine how with its lushness and with rivers flowing underneath, and its stark contract with the horrors and heat of the hellfire.

• When the Qur’an talks about the refusal of the accursed Iblis to prostrate to Adam AS, reflect on how arrogance and envy led to his downfall, and think of how we can eradicate these traits from ourselves. 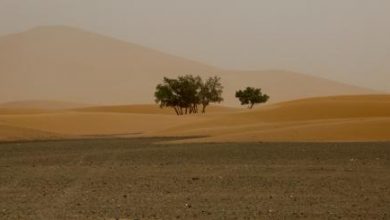 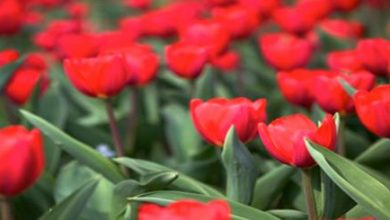 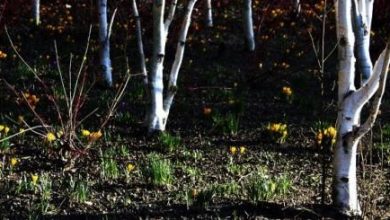 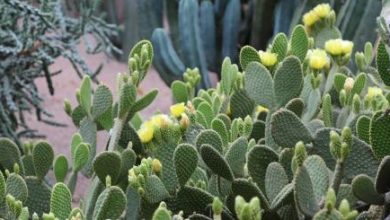