Do we know the rule and manner of living in a non-Muslim country?

The current Muslim diaspora is unprecedented. To those who have sought a new life in non Muslim lands, you are living on their soil and have benefited economically and socially. Is it a one way street of simply taking? What is your contribution to the society you live in? Which aspect of your rich Islamic heritage are you displaying to them? You are supposed to be the guiding light for mankind, but what are you contributing and showing them? Is our glorious Islamic civilisation only limited to hangings on the wall and what is noted in the history books?

There was once an office celebration, and one of my colleagues expressed disgust at the behaviour of the Muslim women, because they all rushed to the front and grabbed all the cake without any consideration to others, taking more than their fair share. The colleague made a further observation that these women were already quite overweight but behaved like they had been starved. Even these small behavioural patterns count, because this behaviour nullified the grace and modesty of the hijab they were wearing.

At the same time, absent the true values of Islam, Muslims flout the basic laws of the host country, while insisting on implementing Shari’ah law in the host country. They choose to relocate to these countries but complain and find fault with it. They disobey the laws and then demand special privileges. How can this attitude, which is already wrong in Islam, be endear them to the host country?

If the new country is so disagreeable, Allah has advised that His earth is wide. Such persons are allowed to seek a more compatible country to live in if that’s the case. Yet, majority of Muslim fortune-hunters seek out non Muslim countries, even refugees refuse to resettle to Muslim countries, preferring Europe and the Americas and the promise of riches accompanying these countries, and then complain once they arrive that they struggle to practise their Islam.

On the other end of the scale, some Muslims assimilate too wholeheartedly, and abandon Islam in everything but name. They set up Christmas trees at home, sell alcohol, and even discard the names they were born with. We met a Jordanian lady who was born and raised in the United States, and it was only when she was eleven, when they relocated back to Jordan, did she learn that her family was actually Muslim. We met a man who was half Iranian and half French, and raised as a Catholic, and it was only after his father died that he discovered some of his father’s books and writings which indicated that his father was Muslim.

Research on the number of Muslims in jails in Europe. Why is this the case, and what are we doing to impact society? Don’t neglect the proper upbringing of your children and then blame the neighbourhood. Don’t simply allow the imam to shoulder all the responsibility and then blame him if his capabilities are limited. You have the power to remove the imam if he is not doing his job properly. The imam has responsibilities, but the followers also have a duty to correct the imam if he makes mistakes or is negligent in discharging those responsibilities. Simply delegating the job to the imam does not absolve you of your own responsibility to your family and society.

It is time to face up to the truth. We have failed to develop our own Islam in our own countries, and now we move to another country and blame the new country for our Islamic failure. Where is the justice in that?

Everyone in the chain of command is responsible for the declining state of the ummah, from the leader to the followers. As a follower, don’t think that blaming the leader will exonerate you. We are not supposed to elect or obey our leaders blindly. We are required to learn, check, know and ask Allah for sincerity and vision. If there is any irregularity or shortcoming in the leader, we should speak out.

We are supposed to act and react according to the wisdom of the knowledgeable people, not to the idiosyncrasies of the leader.

For the people who have moved to non Muslim lands, are you going there to establish Islam, in the path of Allah, or because you are going for the style of life and to seek a better fortune? What is your contribution to the people around you? Do you think you will not be questioned about this on the Day of Judgment? Every step that you take in this land, will be questioned.

It is our fault, negligence and failure to develop our own selves and rally around the right people. It is our arrogance, stubbornness and the love of material that makes us forget who we are. 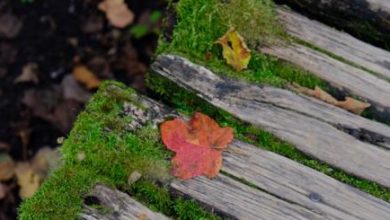 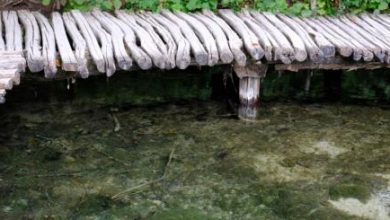 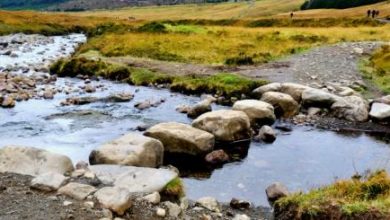