Marriage: between mirage, reality and responsibility

What is the common goal?

Whenever there is a union between two people, the binding force which lies at the core of the relationship should be a common goal. This is the overreaching objective to which the couple aspires to achieve. Without the mutuality of a destination, the journey will be paved with conflict and misdirection.

Many couples today confuse attraction with a commonality of goals. Choices of life partners ranging from having mutual likes and interests, having similar careers, financial status or educational backgrounds, and are otherwise driven by physical attraction or emotional bonds which are often mistaken as being concrete foundations for marital stability. All of these reasons are socially accepted, for how often has society disapproved when a couple is physically, socially or financially mismatched?

The alarming reality of the majority of marriages is that once the celebrations are over and the couple return home to start their lives together, they find that the initial thrill of the physical attraction fades, the common interests wear out, the bloom of the bridal beauty fades and the financial driver behind the union only leads to large houses which are devoid of happiness. The couples live in boredom and misery as the marriage becomes more and more out of synch. The arrival of children only adds to the conflict, as the couple head towards different directions in life. This is what commonly happens when matrimonial vows are made without any serious discussion or thought of what each party expects of the marriage, beyond the fulfillment of physical desires and the vague desire to spend a lifetime together.

If it is agreed that money, career and good looks are not in themselves fulfilling criteria for a contented life, why then are these criteria given so much prominence in the choice of a spouse?

The goal of a marriage should ideally be where the couple end up. Like all things in life, our aim is to live this life in order to attain a good and permanent dwelling in the hereafter. A husband or a wife is a means, a companion, to get us there. More specifically, a spouse provides companionship in our lives in order to reach our goal of reaching jannah.

If a Muslim’s aim is to establish a firm footing for the life in the hereafter, the criteria in the choice of a spouse will naturally be aligned with such aim. If one understands the fundamental purpose of life, then the priority in the choice of the spouse would also be clear. Superficial matters like status, income, physical attractiveness and family connections would all fall second place to the status of the potential spouse’s iman (faith), character and adab (manners and mannerism). Every Muslim should understand this.

This goes back to the fundamental question of what the purpose of a marriage is. If there is no commonality of a goal from the beginning, the initial bliss of marriage will be eroded by emotional conflict and emptiness, and the conflict and collision of different expectations and understanding. Often, couples get together because they have a few superficial things in common, but these elements are not strong enough for an enduring and sustainable partnership. When one partner changes directions or even switches hobbies, then the whole marriage cracks, because the very building blocks of their foundations were superficial to begin with.

Where is the Islam in our marriages, in the reasons behind marriage and the choice of spouse?

The Prophet saw said that there are four reasons that a man chooses a wife – based on her looks, her ancestry, her wealth and her faith and virtue, the last of the criteria being the best of them. Many of us have lost sight of that, and only look for the first three qualities. 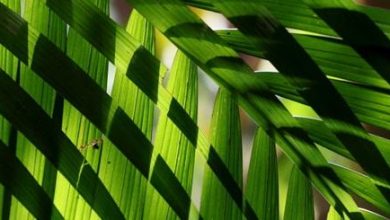