Fasting is prescribed for all believers, and the word “siyam” means to restrain or abstain. In the early days, people used to fast from talking, and from other actions. In the context of Ramadan, the prohibitions are more specific.

All other pillars of Islam are demonstrated by physical actions that can be witnessed by others. Ramadan is the only pillar of Islam which is practiced by way of restraint – primarily abstaining from eating, drinking and sexual relationships during the day (although there are other factors such as ill speech and anger, which can also nullify your fast).

It is entirely possible for someone to privately break his fast throughout the course of the day, without others except Allah knowing. This is one of the reasons Allah says that the act of fasting will be rewarded by Him directly in a measure only known to Him:

Abû Hurairah (RA) reported: The Messenger of Allah said: “Allah the Exalted and Majestic said: ‘Every act of the son of Âdam is for him, except As-Siyam (the fasting) which is (exclusively) for Me, and I will reward him for it.’” [Al Bukhari and Muslim]

Ramadan is a journey that can only be travelled with patience. The first stage is patience in abstaining from the things that have the capacity to destroy us, such as our bellies, speech and physical relationships with spouses.

By asking us to exercise self-restraint, Allah intends to wake up our souls and to elevate ourselves. Allah wants to remind us that our lives have meaning, and we are not to pass our days by merely eating, sleeping and procreating the way that animals do. Instead, we are of a supremely higher level, with a purpose and goal, where we free ourselves from our desires and go onto a journey of iman, and live the reality of the message by going back to Allah.

If we were to put a food in front of a hungry animal, it would not have the willpower to restrain itself. The first level of restraint in terms of physical appetite therefore, proves that unlike animals, we are not enslaved by our desires. As Ibn Qayyim explains:

Apart from our nafs, (basic desires) we are in constant battle with Shaitan (Satan), whose sole existence is to lead mankind towards mischief and destruction. For eleven months of the year, we are under unrelenting assault from Shaitan and his troops. However, during the month of Ramadan, Allah has kept the devils in captivity:

Abu Huraira (RA) reported Allah’s Messenger (may peace be upon him) as saying: When there comes the month of Ramadan, the gates of mercy are opened, and the gates of Hell are locked and the devils are chained. (Muslim)

Therefore, the only enemy we have to fight is ourselves – our nafs, our personal inner demons, bad habits, zulm (oppression) and the residue that Shaitan has left in our personalities. It is in eradicating these negative traits that we develop our strength of character and are ready to move on towards receiving the rahmah (mercy) of Allah.

In starving our material needs, we feed our spiritual needs. Our hearts are slowly unleashed from the chains of dunia and in doing so, we have more space for Allah.

But it’s too hard! If that’s what you think, click here: http://muslimfootsteps.com/newsite/2020/09/01/but-ramadan-is-too-hard/

THE GIFTS OF RAMADAN

THE TRUE REWARDS OF RAMADAN 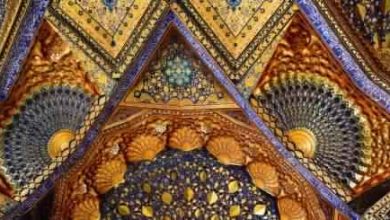 WHY RAMADAN IS SPECIAL