The Reason for Revelations

In the history of mankind, for every time a nation, a group of people, a family, or a tribe to succeed, thrive and develop, there are two factors underpinning that success. First, a leader with quality, manner and character, and second, a set of rules or behavior (a constitution) for these people.

Not all human beings are endowed with the ability to lead. The majority are followers. The best leaders are the most outstanding people in the community, for they have the vision and qualities to lead and guide the community. Human beings are lost without a good leader. In every organization, there is an executive boss. In every family structure, there is the head of the family. In all groups, there is a leader – whether they are schoolchildren, university students, travellers, soldiers, corporate organisations, villages, cities and countries.

History has also witnessed that any major crisis of any nation is coupled with poor leadership – whether he is incompetent, corrupted, tyrannical, weak or unjust.

Human beings are in need of a leader – a teacher or a role model. We need someone to show us the way, and to take care of our needs with justice. This individual has to have the best character and conduct. A good leader has to take on all these responsibilities as a duty for those in his charge, not for power, fame, status, money or glory. The good leader is for the maximum benefit of his people.

When we are young, our parents are our role models, whether good or bad. School teachers in our life can also affect us. After we grow up we need a companion or a friend or somebody older than us to help us with knowledge and experiences about our future. According to their qualities and knowledge, their impact on our lives and future can be positive or negative.

We also look for leaders in specific disciplines. If you want a strong body, you must follow your trainer, doctor or nutritionist. As human beings, we do not know everything, and this is why we look to others to give us the knowledge and experience we need. The need for leadership and guidance is universal.

In history, leaders have been appointed by kings, groups of people, knowledgeable people or people with status. History has demonstrated that sometimes the people have chosen correctly, but sometimes they have not, meaning the individual might turn out to be a good leader or he might not. When the people have chosen well, the nation thrives. When people choose badly, their leaders may turn out to be dictators, oppressors and tyrants, and lead the nation to chaos and downfall.

When a leader is elected by the people, there is no guarantee that he will discharge that duty for the interests of the people. We have seen this happen repeatedly in history, whether a leader is democratically elected or whether he is appointed. Human beings do not always make the best choices – their choice may be self serving, applying the wrong criteria, or was based on lack of the correct knowledge and wisdom.

From the dawn of mankind, the Creator created human beings with good and bad attributes, strengths and weaknesses. He put us on earth to test us on how much we will struggle to overcome our bad qualities and fortify and use our good qualities.

Because He is the One who created us, He knows exactly how we must deal with each other, with our family, society, the environment, and most of all, with Him. He knows we need a map and a constitution to achieve happiness in this life and the next, to live and fulfill His purpose in our life. So this governance of how we deal with ourselves and with each other, must come from Him. We can think of this as His instruction manual for us.

These instructions were conveyed through Prophets and Messengers, men of the highest caliber, wisdom, strength, character and moral discipline selected by our Creator. They were given revelations, being the messages that the Creator chose to share with us, and which Prophets and Messengers disseminated to the society under their guardianship.

From the beginning of mankind, the Almighty Creator sent to mankind Messengers, Prophets, scriptures and revelations over and over again to guide mankind towards Him. Some people accepted the message humbly and followed the Messengers or Prophets. Others rejected it, and some among them even fought and killed the Messengers and Prophets for their own power, glory, fortune, arrogance and spiritual blindness.

There were also some people who played games with the message and they started adding to or subtracting from the revelations, causing the message to be corrupted. Others manipulated the message for their own worldly benefit. However, after any corruption, the Almighty Creator, the King and Owner of the Universe, always sent us from His justice another revelation with another Messenger or Prophet, to rectify such distortions and to bring the people back onto the right path.

Hence, mankind has no excuse for not knowing the truth.

He is the Almighty. He creates and chooses whatever He wants.

Human beings are varied. We have no control over which family we are born into, what our skin colours will be, how we look and even what is going on in our life. All this has been decided by the Creator. We strive for our lives with the means He gives us but still He controls our destiny.

Messengers and Prophets were also human beings like us, but they were chosen and appointed to carry the message of the Creator. Their job was to live as role models to their people and to convey His message and to advice and teach them to be guided. They all lived and died but each of them was unique. Some of them were chosen for a village, some for a tribe, some for a nation, some for a certain situation, but all for a certain cluster of people, and for a specific period of time.

The revelations were sent gradually over time, from the time humankind was in its infancy, to the time where the population grew, situations changed, civilizations matured and issues faced by the nations became more sophisticated and complex. For example, in the time of the ancient Egyptians, sorcery was the focus, whereas by the time of Christianity, medical knowledge gave someone esteem in his society.

Social structures were still developing as mankind spread and populated the earth. Some were nations of merchants, some were nations of farmers, and some were nations of decadent lifestyles. However, even though different Messengers were sent to different nations, the underlying message was identical. All the scriptures and revelations contain only one single message, which is the Oneness of the Creator and to remind us of the hereafter. There has never been any variance in the core message. The only distinctions were the types of warnings sent down to the various civilizations to correct their erroneous ways.

Important note: If anyone claims he is a messenger or a prophet chosen by the Creator, he must demonstrate some form of extraordinary ability to show his people he is the appointed one. For example, with Allah’s will, Jesus (peace be upon him) could heal lepers by touch – this is relevant because society then gave a high status to doctors and healers. With Allah’s will, the staff of Moses (peace be upon him) was transformed into a serpent and discredited all the sorcery displayed by the magicians of the Pharaoh, again this is relevant because magicians had a high status in Egyptian society. Moses (peace be upon him) also parted the Red Sea just by touching it with his staff, giving he and his followers a safe passage to walk on during their exodus from Egypt. Solomon (peace be upon him) could decipher the language of animals and birds and talk to them. Hence, a Messenger or a Prophet has to have a sign given by the Creator to prove he is the chosen one.

According to some authentic reports, there were approximately 124,324 Messengers and Prophets sent to mankind. The Creator has shared with us the story of 19 among this number, telling us about those who accepted the message and those who rejected it and what happened to them. Among these 19, He emphasized the story of five (Noah, Abraham, Moses, Jesus and Muhammad, peace be upon them all). And from these five, He chose the final one called Muhammad bin Abdullah, peace be upon him.

Muhammad (peace be upon him) has been chosen by the Almighty Creator to be the final Messenger and Prophet to mankind and to be the seal of all the prophecy.

By the seal of all the prophecy, it means that his message is the conclusion of all the previous messages. The message was revealed when civilization had reached a level of maturity and ability to implement the final teachings and instructions of our Almighty Creator. It completes the details and gaps which mankind was not ready for previously. It sets out the final rulings which mankind has to observe, while abrogating previous injunctions which were revealed by former Messengers and Prophets which were only applicable to a certain people at a specific time.

In short, Muhammad (peace be upon him) was the Messenger who carried the final message, a perfected code of conduct and belief, that would be applicable to all men and women, regardless of race, caste, nationality and status until the end of time. 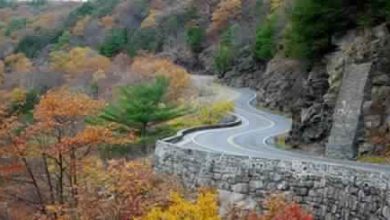 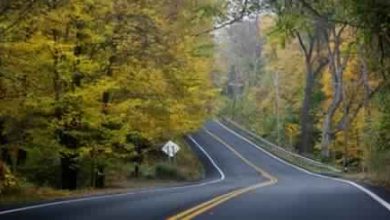 PART 2 – CALLING TO THE CREATOR 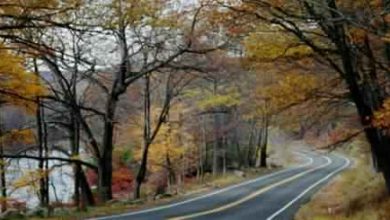 PART 3 – WHY WE NEED RELIGION 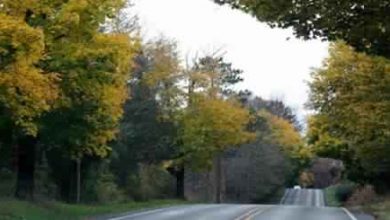 PART 5 – PURPOSE AND WISDOM OF THE CREATOR