(Note: – The true identity and name of person and places have been kept confidential for the welfare and safety of the person’s family)

Born in 1930’s, Agarwal earned his graduate degree in Law. Being from a business family, Agarwal preferred having his own business instead of practicing law. He moved to an industrial city in India, and successfully ran an electrical goods store there. As he had sharp business acumen, soon his business rose and his customers rolled in.

He met a Muslim named Haque who too was from his home city, thus they both befriended each other. One day during a friendly conversation, Haque told Agarwal that Muslims have a book named Qur’an which was sent down by God.

“This is nonsense! A book sent down by God! Has God sent it down from sky by means of a rope?” was Agarwal’s reply. Agarwal said that it was beyond his comprehension that God sends down books.

“No. It was revealed by God to our honorable Prophet Mohammad (peace be upon him) who was the most truthful one.”- claimed Haque. Even more surprising for Agarwal was the claim made by Haque that not a letter had been altered in the Qur’an since 1400 years of its revelation.

Critical study of the Holy Qur’an…

“A book sent by God! If I can find any fault in this book, then I can easily put Haque in an embarrassing situation.”- thought Agarwal.

Agarwal understood that he needed to carefully read this book and ponder over its meaning if wants to be critical about it. Thus, Agarwal studied Qur’an deeply and ended up reading Surah Baqarah, the second chapter of the holy Qur’an. But, much to his frustration, he could not find any mistake. Surah Baqarah, being the longest chapter was almost like a summary of the Qur’an and thus Agarwal had the entire picture of the Qur’an before him.

Now he approached Islam from another angle. He bought few books on Islam like Ta’leem Al-Islam, a biography of Prophet SAW, and began reading them. Again, he could not find any discrepancies or errors.

Wise as he was, having found no aberration in the glorious Qur’an, Agarwal switched to plan number two.

“Qur’an is the book of God! How did human beings come to know about that? Well, it was a man named Mohammad SAW, who the Muslims claim to be the most truthful one, a messenger and a Prophet of God. If by any means, I can prove him to be a liar, then I can easily falsify his claim about Qur’an being the book of God.”- thought Agarwal.

Agarwal came to some very logical conclusions after reading the biography of Prophet Mohammad. These conclusions are summarized below:

1. If by claiming to be the Prophet of God, Mohammad desired wealth then he could have obtained wealth easily, as his people who opposed him offered him wealth, but he declined their offer. He was so poor that he did not even have oil for his lamp at home! “Ok, not a big deal, wise men do not keep wealth at their homes but, they keep it at their relatives’ homes.”-smirked Agarwal. He was quite disappointed when he found that the closest relative of Prophet Mohammad, Ali, who was former’s cousin and son-in-law (may Allah be pleased with him) was himself a very poor man. Fatima RA (the daughter of Prophet Mohammad SAW; she was married to Ali) revealed that she found nothing in the house of her husband except a utensil for making ablution, a pillow stuffed with date leaves and sand as their bed! And much to the annoyance of Agarwal, this was the case with almost all the companions of Prophet Mohammad which became evident to Agarwal as he read their biographies from multiple sources.
2. Even acquiring worldly fame could not be the reason of claiming prophethood, as Prophet Mohammad SAW even declined when they offered him to be the King and the leader of the Arabs. This offer was made by his tribesmen who were the noblest tribe in Arabia. The only condition they stipulated was that Mohammad SAW should not interfere in their religion but that he would be free to practice his own religion.

Quraish, the Arabian tribe in Mecca, advised Prophet Mohammad to stop criticizing their gods, although if he wished he could stick to worshipping his Lord. He declined their offer. Thus, Prophet was indeed serious and truthful towards the job assigned onto him by God.

Prophet Mohammad was most courageous; he faced the ridicule and assaults of Quraish with utmost restraint and determination. He never retaliated. Agarwal read and read… He came to the most solidifying conclusion.

‘From the first day of his prophethood to the last day of his life, Mohammad did call human beings towards what benefitted them in this life and the hereafter and prevented them from things that were detrimental to them in both lives’…..

Even more surprising for Agarwal, was the fact that Prophet Mohammad SAW did not call to account those who opposed him, persecuted his companions, were abusive, called him liar having earlier testified to his truthfulness, forced him and his companions to migrate, and even plotted to kill him. He never retaliated, nor did any of his companions in their entire lives in Mecca prior to their migration to Madinah, when they were at the midst of fiercest oppositions ever known to mankind. In fact, he always kept calling people to good in the best of manners.

Thus Agarwal understood that this man’s (SAW) life was one of sacrifice, wishing and doing well for others in exchange for no personal benefits. A man who made all this sacrifices could never be a liar.

Agarwal was helpless. By March 1968, after having completed reading Surah Al-Nisa in Qur’an, his heart soon testified to following very logical realities about Islam:

• No reason for criticizing Prophet Mohammad.
• Prophet Mohammad was the epitome of sacrifice.
• He could not be a traitor and liar. He was indeed truthful.
• If he was really truthful then the logical conclusion was that “Qur’an was indeed the book of God.”

But accepting that Qur’an was the book of God did not yet make Agarwal interested in accepting Islam. The original issue in his mind was to prove that Qur’an was not the word of God which, he by now understood to be the case. But the idea of accepting Islam was not in his agenda. However, he continued reading Qur’an from time to time and pondered over its meaning. Some of the reflections he did were:

• The Holy Qur’an has repeated some information like Jannah and Hell-fire and stories of the Prophets several times. He reflected that as God was the most-wise, there should be wisdom in repeating some issues again and again? He understood that as God was so merciful to human beings, He wanted us to ponder over the message hoping that these messages would eventually strike to the hearts of His servants.
• The Qur’an is a book encompassing do’s and don’ts of life. That means that Islam is a complete code of conduct for one’s life.
• To please God according to one’s own whims and desires wass different than pleasing God according to God’s own command.
• What path can be straighter and simpler for pleasing God than the path shown by God Himself?

He reflected on these points with an example: People try to please others whom they feel are able to benefit them or harm them. To please them, a man tries various means not knowing for a fact whether these attempts will indeed please the person. So what better than the God of all the worlds clearly letting you know what pleases Him and what displeases Him (which is clearly stated in Holy Qur’an).

So this became the first occasion that Agarwal thought ‘why not accept a way of life that pleases The God’. Thus, deep within the core of his heart, Agarwal had already accepted the truthfulness of Qur’an and submitted himself to the message of Islam, even though he did not profess it outwardly.

THE POWER OF FAITH: A MAN’S JOURNEY TO ALLAH-PART 2

THE POWER OF FAITH: A MAN’S JOURNEY TO ALLAH-PART 5 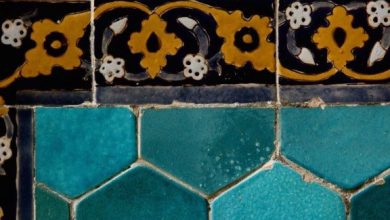 THE POWER OF FAITH: A MAN’S JOURNEY TO ALLAH-PART 3